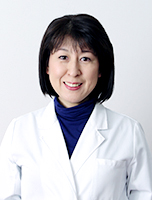 There is a disease name known as “recurrent pregnancy loss”, which is a difficulty in continuation of the pregnancy. It is true that it is defined as having repeat miscarriages 3 or more times, or if you had experienced having a fetal death of over twelve weeks, but to have the result of even one miscarriage after a planned pregnancy is a painfully sad thing.

But the more common factor in miscarriages has been thought to be chromosomal abnormalities in the fetus. Overcoming the miscarriage and having the next pregnancy following a steady course and having a good birth happens on a daily basis. However after 3 times repeating miscarriages, and if you have a miscarriage after entering the stable period, then there will be a big feeling of unease going into the next pregnancy. There might be some underlying cause that leads to miscarriages and that is being explored at the recurrent pregnancy loss outpatient examination room. Blood tests (infectious diseases and metabolic abnormalities, autoimmune system abnormalities) medicine and surgery is performed if there is a need to check the condition of the inner membrane, and the form of the uterus.

We are always receiving emotional letters from those who have been successful in a birth after overcoming a miscarriage. Take the courage and discuss it with us if you are suffering.

Regarding The Costs of In Vitro Fertilization (IVF)

Causes and Treatment of Infertility