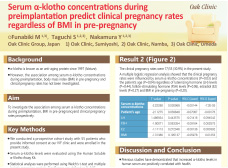 An international clinical study briefing was held to verify the usefulness of the ERA (Endometrial Implantation Ability) test: June 15th 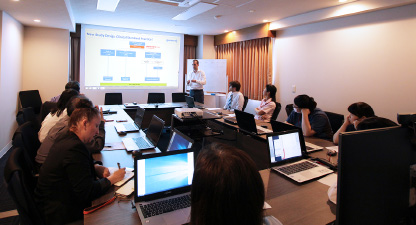 At the start of clinical research, researchers from Igenomics (Headquarters: Spain), the main research institute, visited the hospital and held a briefing session. The doctor and the person in charge of each department, mainly the inspection department, participated and received explanations on the purpose and significance of the research and the test method.
After the briefing session, there was a question and answer session, and information was actively exchanged not only about clinical research but also about ERA tests.
We ask patients who wish to have IVF to participate in our clinical trials. (Since there are participation criteria, only those who meet the participation criteria are allowed).
Details will be announced as soon as the schedule is decided.

The doctor on a business trip used the video conferencing system to attend a briefing session.
The Oak Group is considering using this system as a communication tool with patients.
We will inform you as soon as the details are decided.

Finally, with Oak, I could give birth to a healthy baby girl the first time, thanks to Oak Clinic. Now it’s my second child and I gave birth to a boy safely, and I am very happy every day. Thank you very much. [-I]

Expectations for hormone-free contraceptives and infertility treatment ... Elucidation of the structure and action of cognitive proteins essential for fertilization（6/20）

A research group at the Graduate School of Pharmaceutical Sciences, the University of Tokyo has clarified the detailed three-dimensional structure of three patterns of fertilization-related proteins: "Izumo" on the sperm surface, "Juno" on the egg surface, and a complex of both. did.

As a result, it is possible to understand the interaction between sperm and egg, and it is expected to develop contraceptives with a new mechanism of action that does not use hormones that inhibit the binding between Izumo and Junho. On the other hand, the process of membrane fusion may involve structural changes in the complex and unknown molecules, and more detailed research on the mechanism is required. Studies such as measuring these molecules are thought to be useful in infertility treatment.

From January to February this year, the Ministry of Health, Labor and Welfare research group conducted a questionnaire on male infertility on the Internet, and received responses from 333 men and women. 297 people underwent a semen test.

Nearly 30% of the tested people had "zero or close to zero sperm" and about 10% said "almost no problem".

The participants were asked when the male partner had his tests done. 116 (42%) said they had it at the same time as the woman's test, and 129 said "after the woman had her tests" (47%) and 28 (10%) answered that the male partner had his tests first. About half of them started the test with females first.
The cause of infertility is 50% for men and 50% for men. The research group says, "The later you notice the cause, the longer the period of fertility treatment will be. When you start treatment, be sure to have tests together.