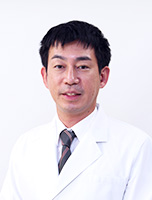 ”You can get pregnant”

I am often asked by patients that I have seen if “Am I able to get pregnant?” If I am asked like this, I take care to answer by saying, “You can get pregnant.”

Indeed, most women are able to become pregnant unless there are complications from a special disease. The reason for this is that many of the women who received donor oocytes do get pregnant and give birth.

Infertility is defined as "not seeing the formation of pregnancy despite continuous sexual intercourse without contraception for a year."

Currently, one in ten couples is said to be infertile, but it is not unusual so please never think that you are alone.
Ovulation only occurs about 13 times a year even for people with good menstruation.
Natural pregnancy rate drops per ovulation decreases to 18% at age 35, and to 5% at age 40.
The pregnancy rate decreases year by year around the age of 35.

The pregnancy rate will not increase even for those who do not have abnormalities in a fertility examination and have menstruation going smoothly every month, while coming to the clinic for the timing method.In 2014, the number of births by in vitro fertilization in Japan reached 47,000 people. Since the number of births in Japan in the same year is about one million people, one in 21 people were born by in vitro fertilization, and the number continues to grow.

Please do not be misled by internet information. Some people get various information about rumors and hearsay regarding private therapy, and will end up trying out various things and in doing so there will be no results.
It may seem to be working at first, but in reality, it does not advance.
The money used for natural remedies will come back to you by working at your job, but you cannot return the past time even if you are paid.
here is a blood test that can determine the ovarian age called AMH (anti-Mullerian hormone). Those who are higher in ovarian age than actual age will often say the following.
"Is there no way to lower the ovarian age?" In other words, “Is there a way to rejuvenate?"

If you could, then would you be doing all you can do now?

Those who are suffering without children need to see their professional doctors for the quickest way to get pregnant.
By all means, we recommend that you take an examination- the earlier the better.

Regarding The Costs of In Vitro Fertilization (IVF)

Causes and Treatment of Infertility